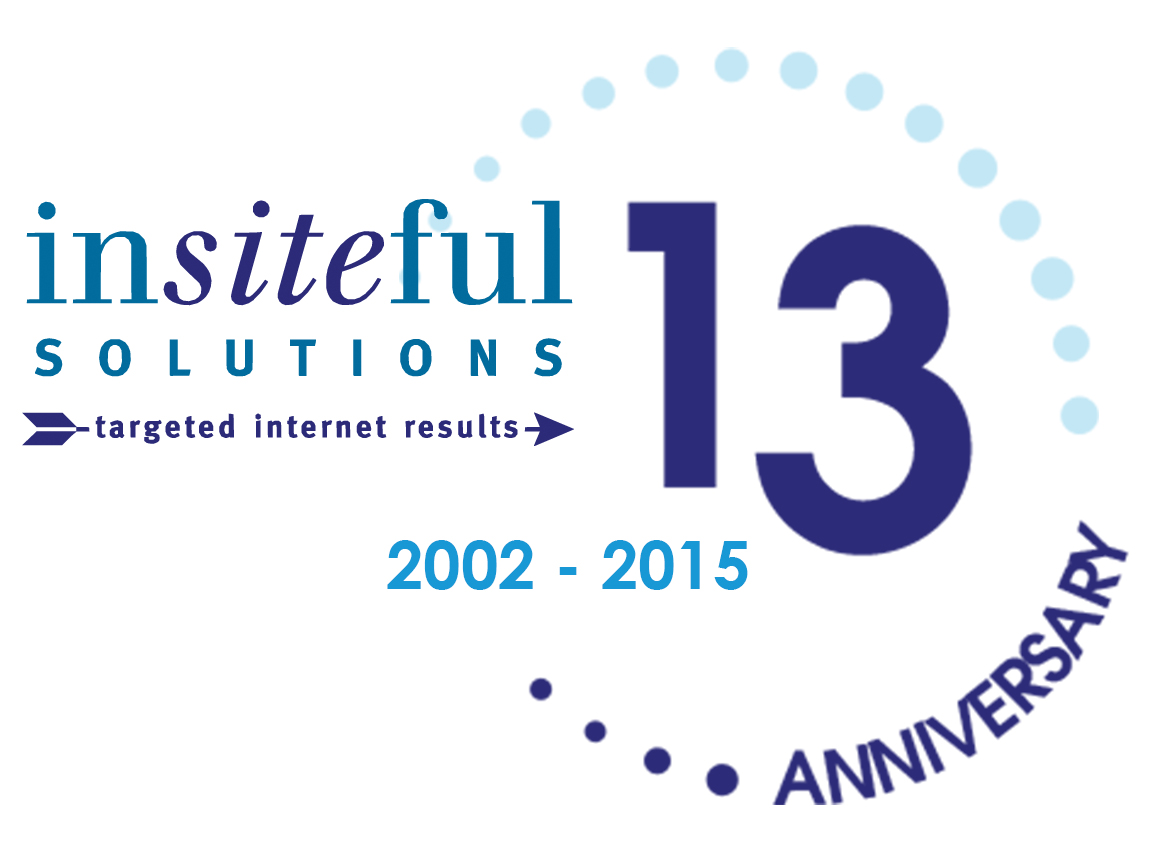 At Insiteful Solutions we couldn’t be more excited to celebrate our 13th anniversary today with you. This is an exciting time for online marketing and we look forward to continuing to work with both existing and new clients to bring their digital branding to the next level.

Thirteen years ago today Insiteful Solutions set out to offer professional website design and marketing solutions to companies in Markham and throughout the Greater Toronto Area. Throughout our history we’ve worked with over 510 companies and 93 industries around the world.

Our goal has always been to offer the latest online marketing technologies and strategies to our clients, and establish long term relationships at the same time. We’re lucky to have worked on some exciting projects with some excellent clients over the last 13 years and we look forward to continuing. We’re very fortunate that so many of our clients have been with us for years.

Thirteen years ago, Insiteful Solutions was created with the mindset that we could create a successful company that was built on a foundation of collaboration, innovation and exceeding our client’s expectations. We’ve worked with some amazing clients over the years that have allowed us to achieve this goal. We’re excited about what’s on the horizon for both our company and for the online marketing industry. There are many exciting changes happening and we’re just as passionate as ever about what we do.

We’re seeing a steady shift towards mobile devices becoming the primary way people interact with the digital world, more of a focus on content marketing and intelligent paid advertising. Our team is extremely eager to lead clients through these emerging trends with the same attention to detail and focus on ROI that we’ve always had.

Thirteen years may have passed, but we are just as passionate about our work as ever. We look forward to what the future will bring and the many exciting projects that will surely come with it.

To our clients, both current and future it’s been a wonderful 13 years of innovation and creativity, we’d like to thank you for being a part of it. We’ve done some amazing things together, but the best is still yet to come. 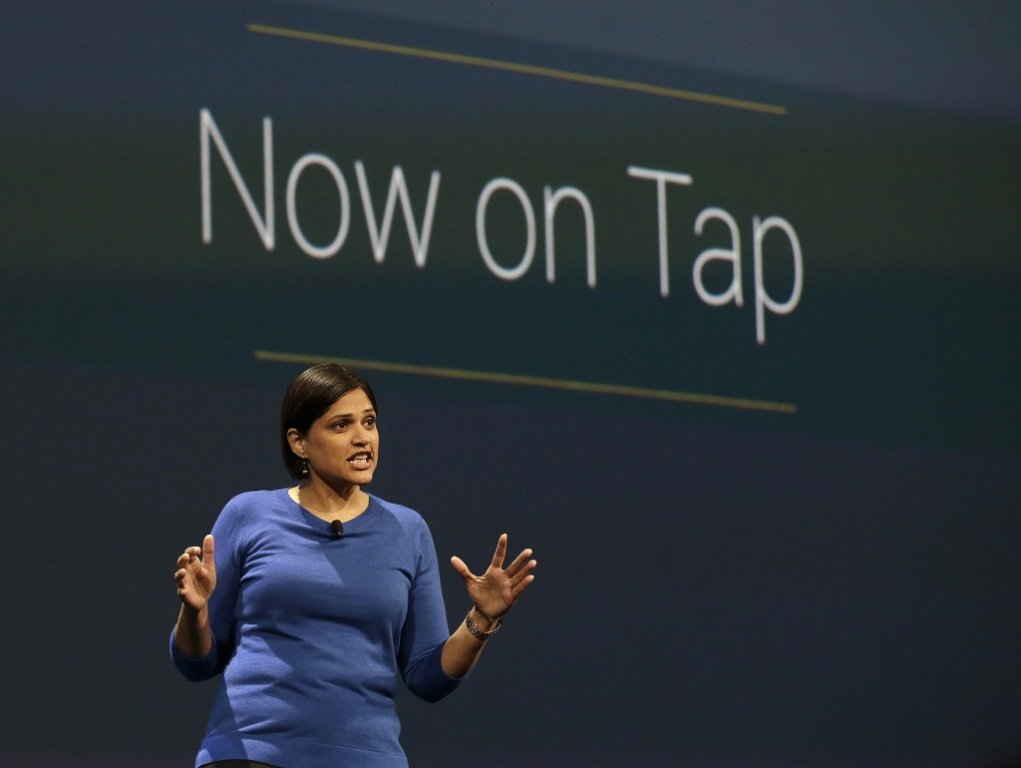 San Francisco was home to an announcement by Google that may have changed how we interact with our mobile devices forever.

Lately there’s been a clear trend; mobile users are spending more and more time within the confines of the apps on their phones. People are spending a lot of time in digital silos. Information can be gathered without the need for content living outside our apps. The software products on your phone are not typically designed to communicate with one another.  Mobile users are operating within a handful of applications and it’s becoming habit.

This is an alarming trend for Google. The search giant wants people to use their search engine to find content and interact with their features and advertisements.

That brings us to Now on Tap, Google’s latest mobile offering which will solve this problem.

The new Android feature acts as a bridge between Google Search and the applications on your phone or tablet.  Now on Tap will hover over the apps on your phone and attempt to enhance the user experience by providing additional content.

For example, someone listening to songs on Spotify can get more information about the music they’re listening to by simply pressing their home button. Google will crawl the Internet and will seamlessly deliver additional information about an artist or song without the user needing to exit Spotify. Maybe you’re chatting with a friend on WhatsApp about going bowling, Google Tap can search the Internet for information about local bowling alleys.
Basically, Google is providing more content by layering itself over all the applications on your mobile device. At the same time Google is increasing their relevancy by simply integrating itself where people are already spending their time.

Google’s goal is to act as bridge and bring all of your applications together. This will make Android more desirable to many people in the very competitive mobile device market.

This update should be welcomed with open arms by most mobile developers. Google is essentially doing all of the heavy lifting. Programmers can simply continue what they are doing and the Now on Tap plug in will wrap around and enhance their software automatically. The new feature will work on apps both big and small.

Apple users will probably need to wait for this technology to come to their devices. If history’s an indicator, it’s highly unlikely that Apple will be knocking on Google’s door to have this new plug-in on their products. Most likely a similar non-Google function will be unveiled this upcoming fall when the new iPhone goes to market.

By adapting to their user’s habits Google may have introduced a game changer to the mobile world.  Our devices have the potential of becoming more powerful due to the communication between 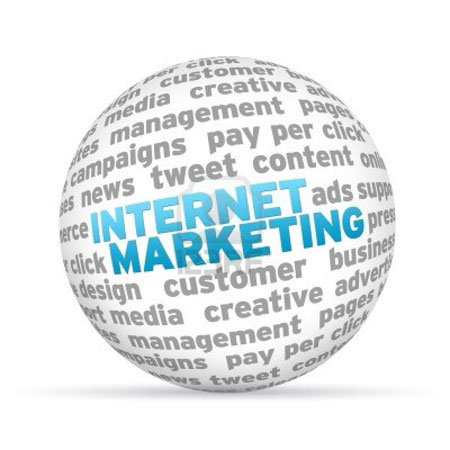 INTERNET MARKETING IN TORONTO IS OUR PASSION

Insiteful Solutions is a full-service digital marketing agency based in Markham. Since 2002 we have been helping clients exceed their internet marketing goals in Toronto, Ajax, Oshawa, Pickering, Halton Hills, Vaughan and beyond.

If you own a business and you’re looking for someone to take your Internet Marketing to the next level, you’ve arrived at the right place.

Every day we help companies like yours create and execute online campaigns and Internet Marketing strategies that will take your business to the next level.

We’re a digital agency that’s small enough to care for each of our clients, but with the big ideas and talented people of a large agency. Our team of professionals enjoys working with all brands.

Your brand is your story and it’s important to tell it to your customers. Internet Marketing requires the use a variety of tools such as website design, mobile marketing, social media and content marketing to get your story out there. We’re excellent listeners, you know your brand better than anyone. That’s why we work with you to learn everything your business and why you’re unique. We use this information to develop interesting and powerful marketing campaigns.

Success online cannot be achieved with a single action. That’s why we are an all-in-one digital marketing agency. Our team are experts in everything needed to take your brand to the next level online.

Contact us to learn more about Internet Marketing and what we do and book your consultation.